I love honey so much my family refers to me as an ole Pooh Bear. I've often thought it would be fun to have my own honey producing hives, just as a hobby. I kept putting it off since I did not have a safe place that I could keep the hives, that is, until four years ago I bought a camp in Fenton, LA. Then I decided that I already have too many hobbies and could not dedicate the time for something else. It turned out that God had other plans. Shortly after I made that decision the bees found me!! A swarm of feral bees built a residence inside the wall of my camp. With the help of "the bee man" we removed the swarm from the camp to a little white box hive. Being a beekeeper was meant to bee.

I encountered hardships the first year, but through perseverance, education and a lot of help from new friends (other beekeepers) and by the second year I had established 5 young hives. The bees went to work, and one year later the hives generated 28 gallons of sweet natural raw honey!! I harvested close to 60 lbs per hive with plenty left in the hive for them to enjoy this winter. I probably averaged one sting per gallon due to my inexperience. I was stung on my chin through my veil twice in the same day. Needless to say, my chin became a "Jay Leno" chin for 3 days. They are very protective. Ha-ha!!

I have eight hives now which includes a new swarm I captured at Graywood. I'm planning on a total of twelve hives. It's beecoming addictive :-). My middle daughter designed a label, logo and slogan "just a little snack" for my hobby. In fact when a young boy was recently scolded by his mom while dipping crackers into the honey jar; he replied, "it's ok, Mom. It's just a little snack".

Ask me about my bees, you'll get an earful!

How long does it take to recover from a knee or hip replacement?

You're ready for a knee or hip replacement. Now what? 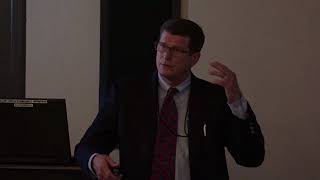 Dr. Hinton Speaks on Arthritis of the Hip, Knee and Shoulder

Times are changing in healthcare.

Adventures to California without luggage

HAVING A SAFE 4th of JULY IN THE SUMMER HEAT!!

No tags yet.
bottom of page